visual communicator.
1960 born in hong kong.
he came to international attention with his “redwhiteblue” series,
which he presented at the 51st venice biennale in 2005 representing hong kong.
he was awarded the hong kong contemporary art awards 2012 and
the hong kong arts development awards 2011 – award for best artist (visual arts) in 2012.
his “lanwei” series was collected by M+ museum, hong kong in 2013. 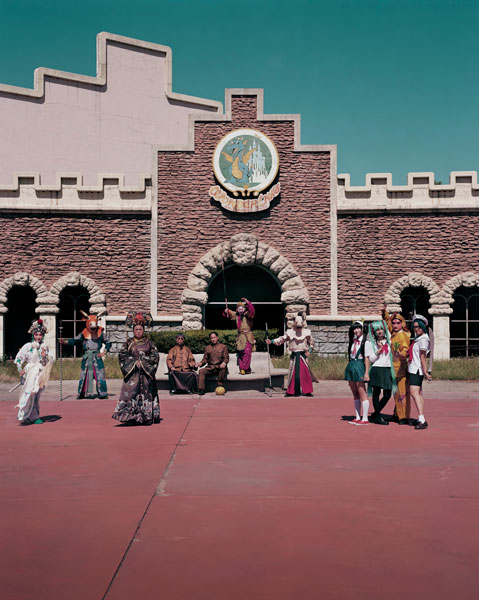 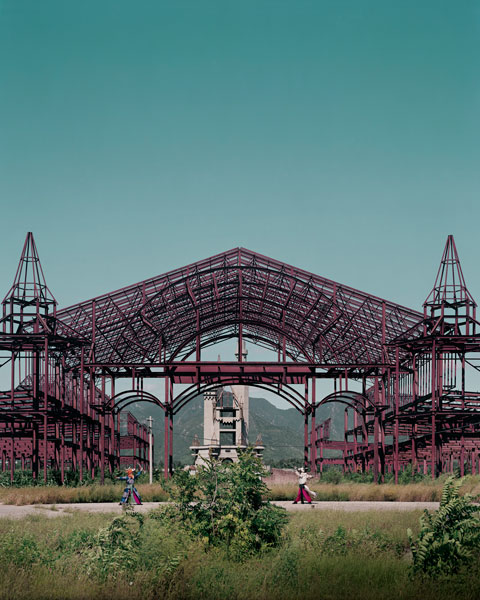 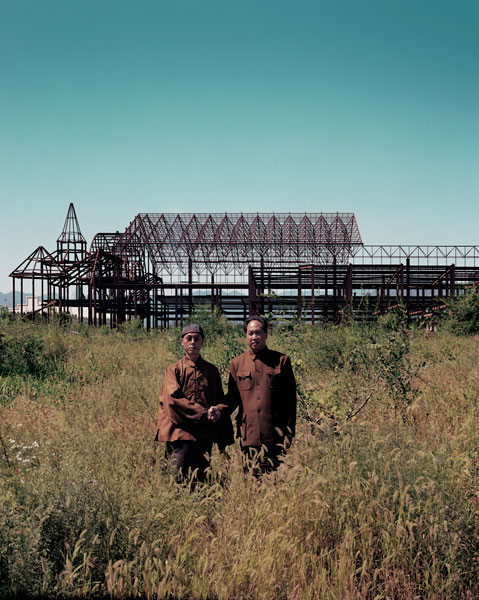 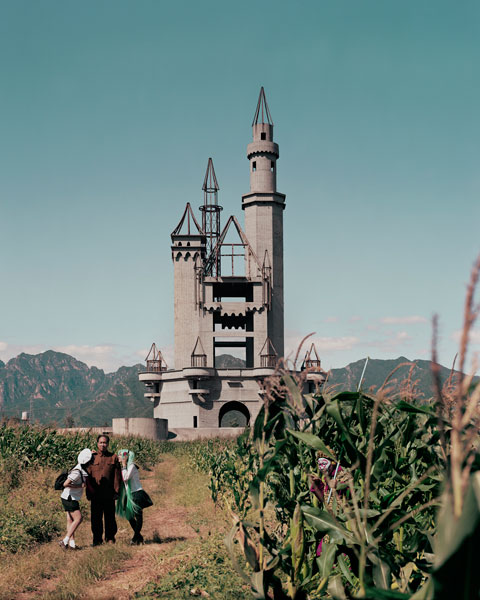 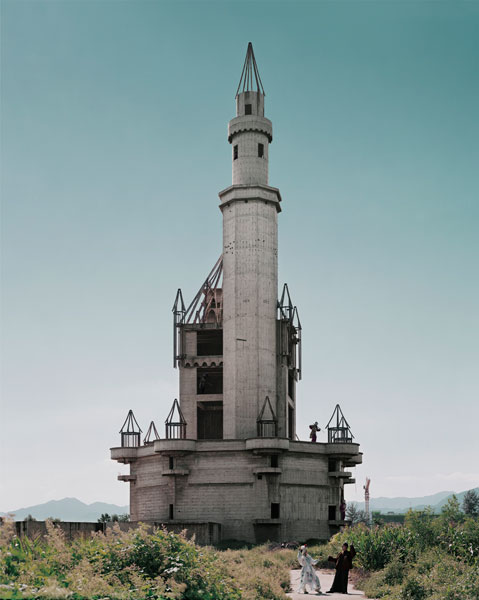 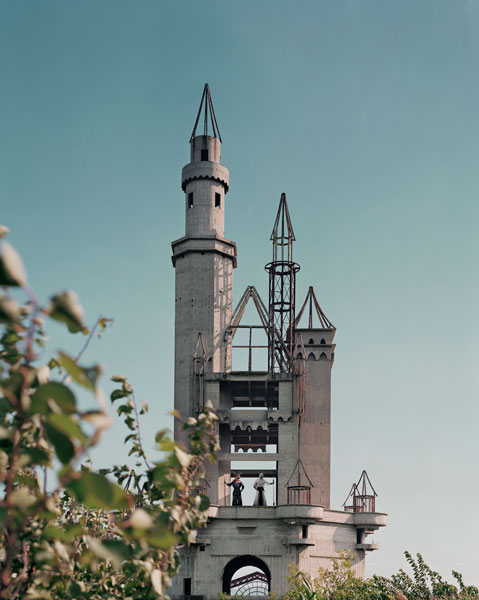 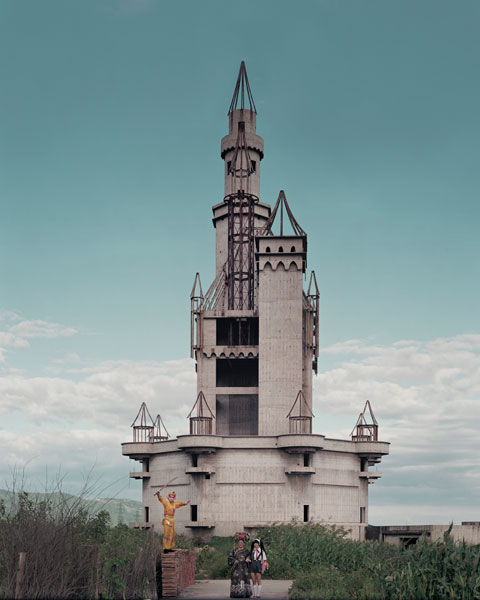 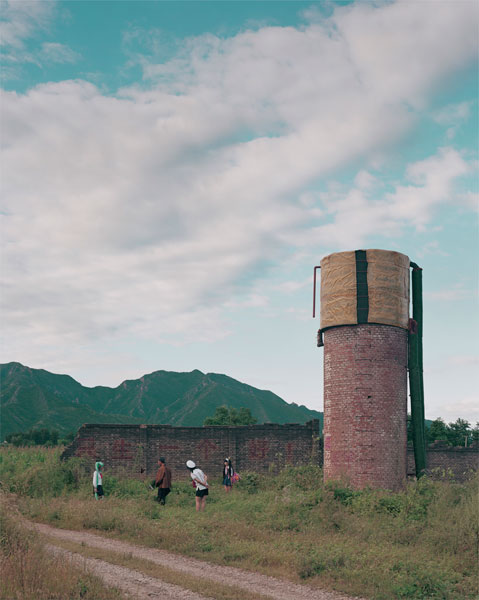 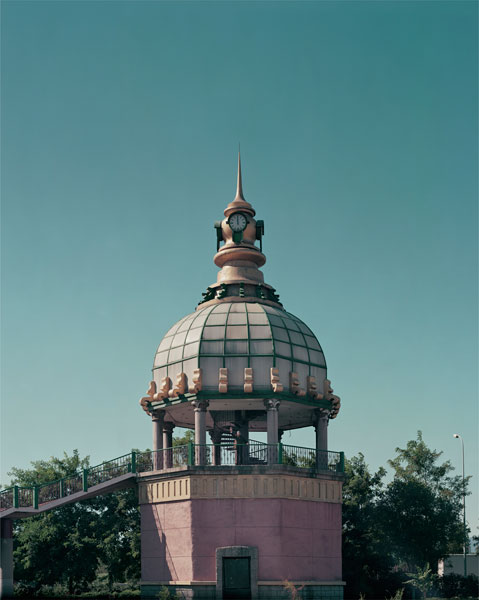 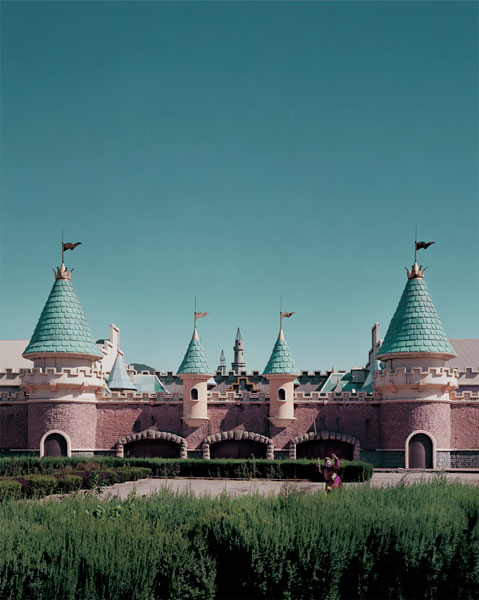 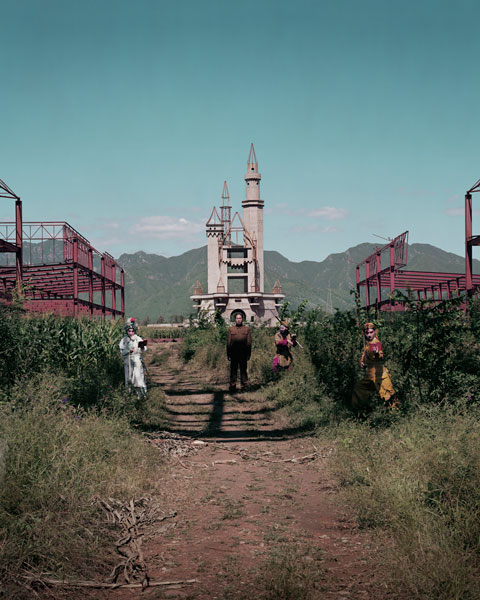 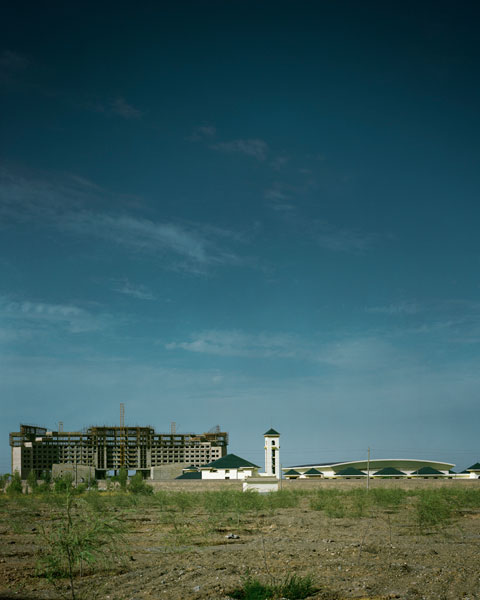 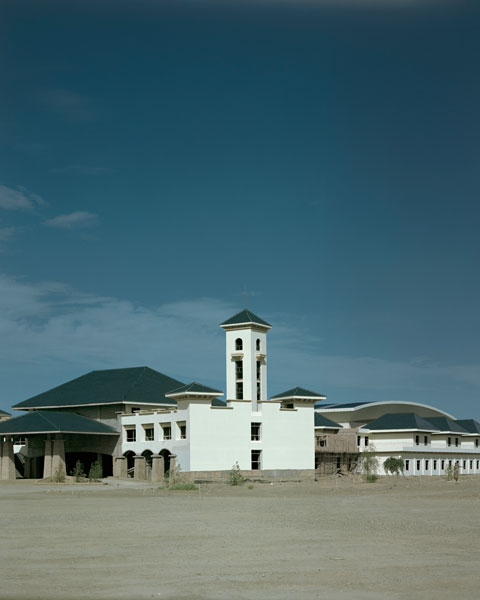 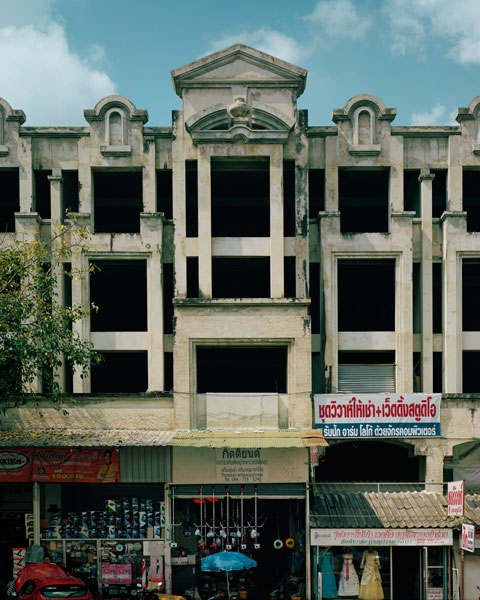 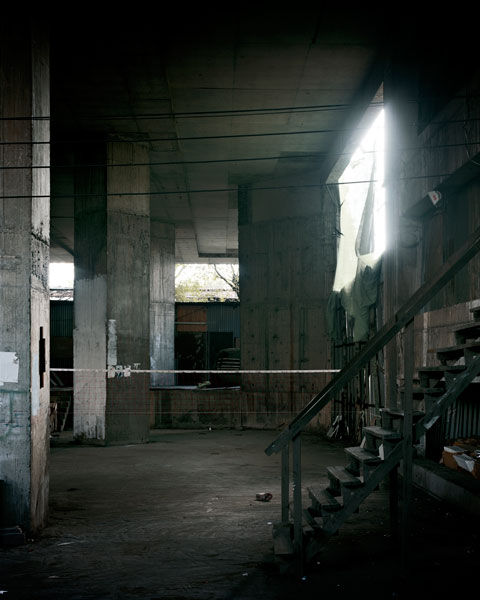 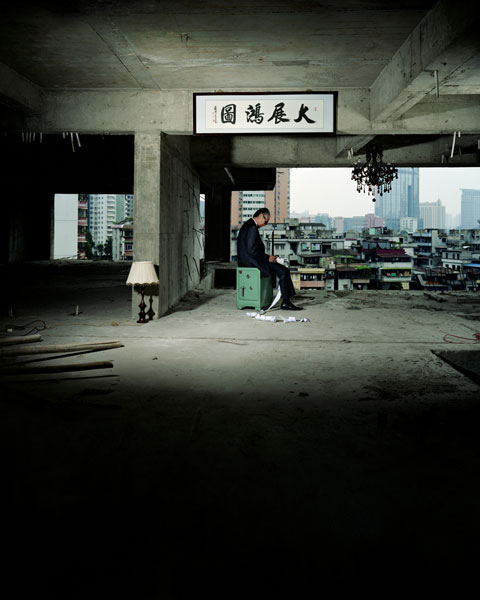 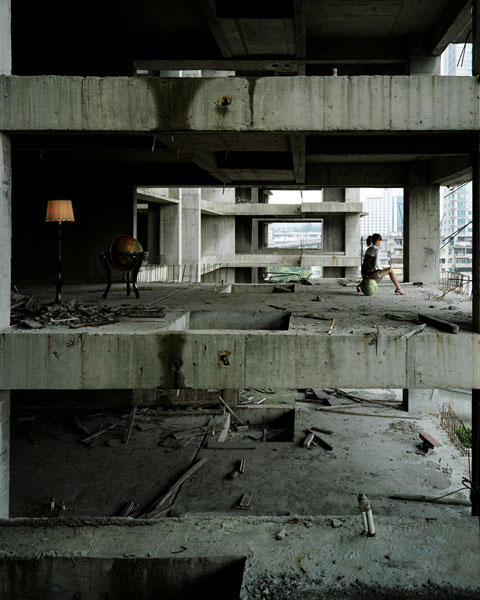 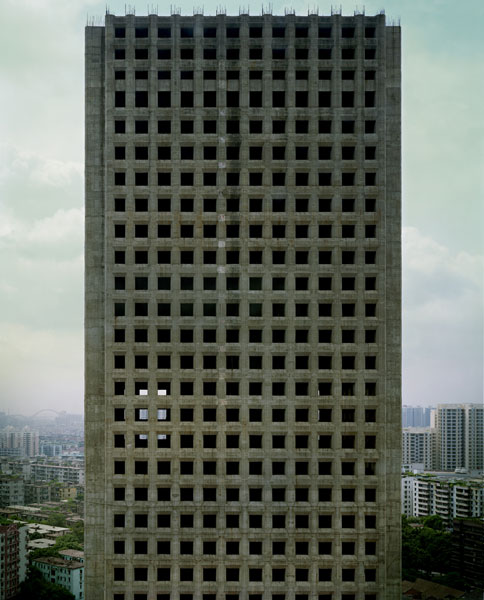 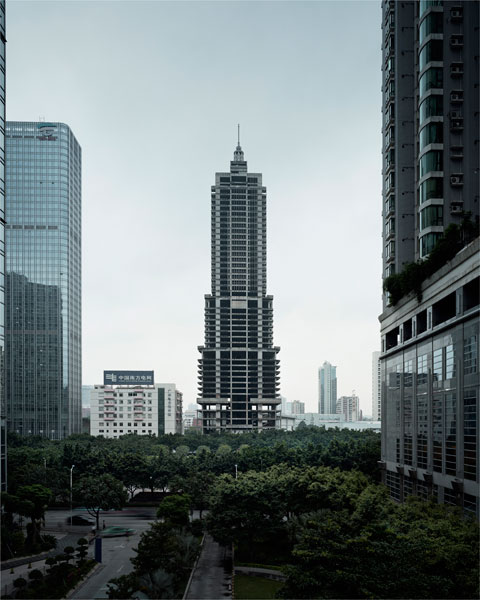 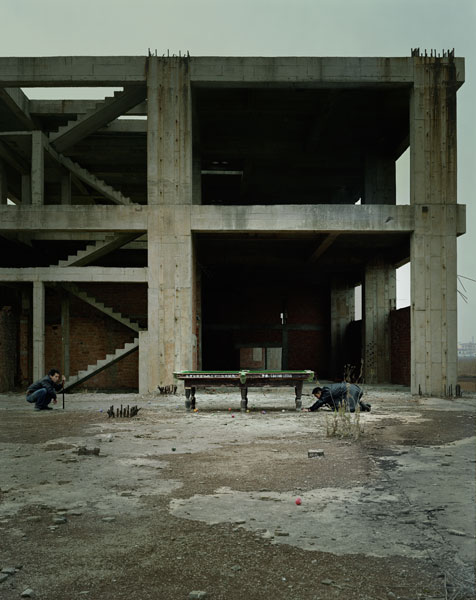 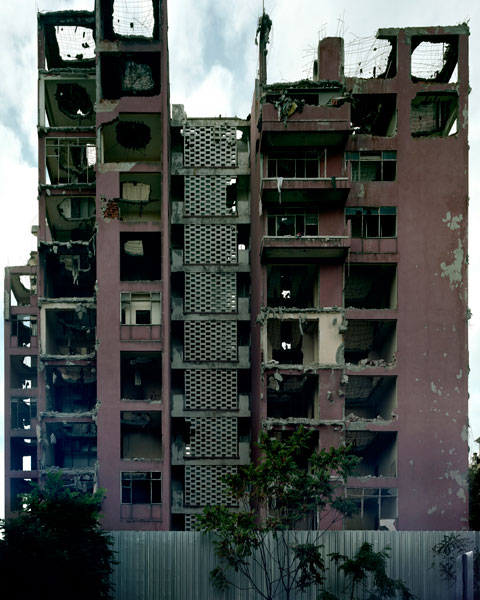 abortive building projects are the ‘fruits’ of
two to three decades of fruitless chase
after a future, an opportunity, desires
and dreams in a liberated society,
at a time of seemingly
limitless economic expansion.
buildings can be aborted, so can projects.
plans may be aborted. so may hopes.
ties between people could be aborted,
so could relationships.
life, i guess should not be aborted.

[P.S. i have been harbouring the concept of shooting abortive building projects
in my mind for 5 years. fortunately, on the eve of government actions to clean up
the mess, this concept finally became a reality, sparing it from being yet another
abortive attempt.]

background /
as china relaxed the restrictions and reopened her doors to foreign investments
in the 1980’s, the whole nation was thrust into a craze of buying and selling of
almost anything that had a slight hint of profit. property projects became the most
sought-after investments. in order not to lose out, people hastened to pour their
lifelong savings into real estate deals, sometimes without having even seen a brick.
with corruption prevalent and an overheated economy, problems soon abounded.
the bubble finally burst and millions of square meters of land were left unfinished.
in 1998, in hainan alone, a combined floor space of 16.3 million square meters
were aborted or left unfinished.* this wave of abortive building construction spread
across other asian cities which were also experiencing meteoric economic growth.
people in china termed these projects ‘lan wei lou’, ‘lan’ meaning ‘decaying’,
‘rotting’ while ‘wei’ is ‘the tail’, ‘the ending’. Therefore, ‘lan wei’ has in it,
more than just ‘unfinished’. for some reasons or other, it was just not possible
to complete these ‘lou’ or ‘buildings’. there were simply no solutions or closure.
in time, the concept of ‘lan wei’extends beyond building projects.
it becomes synonymous with anything that is aborted while in progress,
for reasons unknown. these photos attempt to capture the relics of this ma
‘gold rush’ and, at the same time, reflect on how,
throughout the years, ‘lan wei’ has manifested itself not only in building projects
but also in all aspects of life.